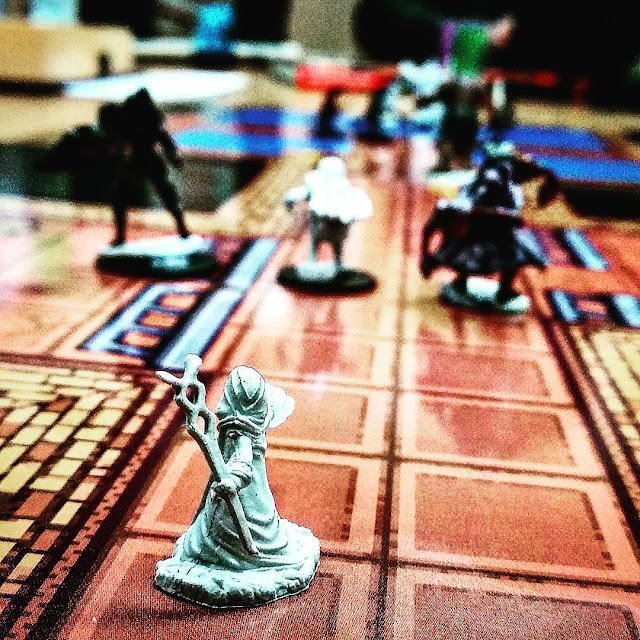 I suppose I should talk a little about character creation.

They can use the Player’s Handbook.

That’s it. That’s the blog.

Not really. There is a little more to this. For example, they can use any method they like for stats. Standard array, point buy, or they can roll for it. However, if they roll, they need to roll at the table. I do trust them, I guess, but I still prefer to see the rolls take place.

Wait, hear me out.

These folks, the characters, come from a mundane place (I suppose rural South Australia is pretty mundane as well, hur hur). There are not a huge range of exotic races. A level 3 wizard would be considered an extremely powerful individual. Where this wayward ship has come to is not like this. Magic follows through this place. Old, potent magic. I want them to know that what they are up against is something they have never encountered and that they can learn from it.

As they progress through this world and make new discoveries, they will gain access to wider selections of character options. They will come in two forms; options that just come up at the table and options the players specifically ask for.

The first option has already arisen. The players befriended a kobold, and that kobold rides a giant rat. When a new character is made, they have the option to choose to play a kobold, but there is only one available. I see this happening whenever they make alliances with other communities out in the wilds. The wilds remain unsafe, but there might be small bastions of sanctuary and folks that come to their outpost to join in their explorations.

The second option is coming up this week, I have some players that want to use some of the subclasses from other sources. I am going to run some solo adventures. Really short, essentially a single encounter that gives some weight to their decisions but still opens up the options that they want. For example, I have a player that wants to run a planeswalker. Which really does not fit if they just pick that straight up. So, we have developed a bit of a back story for this character that helps it to make sense. They lost their power when they came through the planes into this world and have had to make their way in the world which, unfortunately, lead to them being arrested and sentenced to exile. However, when they woke on the shipwrecked shores of this new land they discovered that the pull of the planes was with them again. They just need something to propel them. And that’s what we’ll roleplay.

I will see how this works out. Sometimes I think, ‘Why are you being a dick about this, Stuart?’ But not for long. Rules and constraints give players a structure, a framework, to build on. The players know what is out there for them to find. No options are off-limits completely. However, there are some risks associated with new discoveries. They will have the opportunity to find anything that they want but they will have to work for it. It has already opened the table to some interesting roleplay and discussions.

I want players to play the character they want but I also want them to feel like they’re playing in a tactile world.

While writing this blog an interesting development has occurred. One player wanted a druid subclass from a different sourcebook. Cool, no worries. We’ll do a little RP and find out how you got it. This same player rolled into the other GMs session the next day levelled up using the subclass. Our little RP session hadn’t happened. Which is cool, I guess. I mean I don’t want to stop people from playing the characters they want to play… but… kind of didn’t work for us.

I had in mind they would need to go to the werewolf druids and learn this form of druidic magic from them. It would be a dangerous move and they would have to go alone. But they didn’t do this. They just levelled up and didn’t bother to RP it. We’ve let it slide but decided that the werewolves will treat this as a theft of their magic and will not be happy when the character passes through their territory again. I am not interested in punishing them, but there should be an in-game consequence. Something so that they know their actions have meaning in the world.

Russ, my Co-GM, will handle it. He’s levelheaded and creative and I am sure will produce a thematic and interesting interaction between the character and that faction in the world.

I suppose I should talk about factions one day too.

Anyway, that’s the character creation blog. Essentially, they can use the PHB or anything else so long as it’s discussed, RP’d, and makes sense.